Who does not get aspirin when it comes to chest pain? 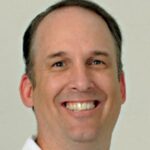 Patients constantly ask those of us in the Dermatology field what is the best sunscreen, how to apply it and what is the recommended SPF they should be wearing on a daily basis. These have been common questions for the 15 years I’ve been working in this specialty. However, I’ve been surprised by the recent questions and even the increasing debate on just how dangerous tanning beds really are. In fact, it seems that of late, patients are getting a sense that the “newer” tanning beds are safer and through the increased Vitamin D they create in the patient, these tanning beds are beneficial in the long run. So, I set out to do a little research on what information can be found on the internet; both good and bad.

During my search I came across some statements from the tanning industry I thought were interesting:

1. “Tanning Beds Decrease Ten Times More Cancers than they Cause”
2. “There’s compelling research showing that sun exposure will indeed protect you against melanoma—the most dangerous form of skin cancer.”
3. “You constantly hear indoor tanning causes melanoma, many millions of people do this [indoor tanning] and don’t get skin cancer.”
4. “Don’t get scared by the hype that indoor tanning is dangerous”.
In a matter of minutes it was clear where the confusion for my patients was coming from. I’m not going to spend time trying to prove every pro-tanning comment as flawed, I simply choose to overwhelm them with the amount of data that points to just the opposite of what they say; that indoor tanning is a risky and potentially life-threatening habit. Here are a few facts you can use when having this discussion:
•Ultraviolet radiation (UVR) is a proven human carcinogen.
•More people develop skin cancer because of tanning than develop lung cancer because of smoking.
•More than 419,000 cases of skin cancer in the US each year are linked to indoor tanning, including about 245,000 basal cell carcinomas, 168,000 squamous cell carcinomas, and 6,200 melanomas.
•Individuals who have used tanning beds 10 or more times in their lives have a 34 percent increased risk of developing melanoma compared to those who have never used tanning beds.
•Of melanoma cases among 18-to-29-year-olds who had tanned indoors, 76 percent were attributable to tanning bed use.
•On an average day, more than one million Americans use tanning salons.
•The International Agency for Research on Cancer, an affiliate of the World Health Organization, includes ultraviolet (UV) tanning devices in its Group 1, a list of the most dangerous cancer-causing substances. Group 1 also includes agents such as plutonium, cigarettes, and solar UV radiation.25
These are many published studies positively linking the use of tanning beds to the increased risk of developing skin cancer. The tanning industry, as you can imagine, is less than impressed with this information. “There are a lot of studies out there and a lot of conflicting evidence about what causes melanoma,” says John Overstreet, the executive director of the Indoor Tanning Association in Washington, D.C., an industry trade group. “There are many factors involved with melanoma skin cancer,” he says, adding that heredity is a major factor.
Considering indoor tanning is a $5 Billion/year industry there’s no expectation they’ll go quietly. It remains incumbent on us to educate our patients on the risk. “There is no question that ultraviolet exposure is associated with an increased risk of melanoma,” says Dr. Fisher, who is also the president of the Society for Melanoma Research. Dr. Fisher points to a study published in the International Journal of Cancer in March 2007 that reviewed 19 published studies on the association of tanning beds and skin cancers. They found use of the tanning beds before age 35 boosted the risk of melanoma by 75%. Dr. Fisher also sites a meta-analysis published in 2014 that reconfirmed the association between indoor tanning and melanoma, and also found that newer tanning beds were not safer than older models.
The data is overwhelming as to the risk of indoor tanning if you take the time to do the research. It’s just a matter of time before you’re faced with the very question about the safety of tanning beds. After all, the tanning industry is overwhelmingly convincing in their argument. Armed with these facts as to the true dangers, you have the chance to alter this dangerous habit and ultimately save their life.

When Patients Spring into Action