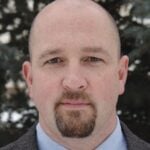 Consider which of the following four patients should not be given aspirin:

1. Patient on Coumadin?
2. Patient with a history of GERD?
3. Patient with hemophilia?
4. Patient with Kuru? (By the way, Kuru is an encephalitis that cannibals have by eating other people’s brains).

So which one of those patients doesn’t get aspirin?

I don’t like throwing a lot of statistics at people, but I need to share with you some numbers about this point. It’s important. We have to talk about the ISIS-2 study.

The ISIS-2 study showed that the use of aspirin alone significantly decreased the risk of vascular death by 21%. That means it’s not like they kind of did better, it’s not like the mortality was lower, it’s like you saved 21 lives out of 100. That is heroic!
Streptokinase, which is a clot buster, alone showed significant results versus placebo, 23 lives out of 100. So we have 21% and 23%, together they reduce deaths by 44%.

So back to the original question, who doesn’t get aspirin if they have chest pain? There is only one answer here…..
ALLERGY.

Purchase ANY In-person, Live Streaming or On-demand CME Course between now and 12/31 and be entered to win one of 3 prizes!