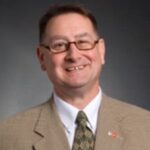 A good friend just called me and wondered why B2 agonists were so commonly suggested and used in diseases that present only with a sound that at best mimics an inspiratory crackle, what we used to call a rále… since we spend so much time listening to breath sounds and interpreting sounds using a preset rule book1, this is a good question. Many times at auscultation a complicated patient may have distant or diminished breath sounds with regional variation, high and low pitched tones during inspiratory and expiratory breathing, and a subjective observation of amphoric breathing, crackles, rhonchi and stridor, all at the same time when assessed by different practitioners. In some cases the administration of inhaled bronchodilators may be the best way to ‘test drive’ reactive airways disease, or RAD, in the acute presentation of adventitious or extra breath sounds. But the presentation of an inspiratory crackle may well be a good sign, versus the implied pathology assumed by the new practitioner. The crackle, either dry or moist, indicates the presence of air moving through small airways. When you listen close to the large airways, it is bronchial air, and the farther out into the peripheral, small airways it becomes vesicular….when we listen to the lungs in areas topographically in between the large and small airways, we term it bronchovesicular breath sounds. Air movement is always a good sign, 100% of the time. The presence of the crackle is evidence of an established functional residual capacity (FRC) and gives us a foundation for coaching inspirometry at 10-15 ml/Kg or breathing exercises to facilitate lung-reexpansion therapy (therapeutic objective LR) using the Pores of Kohn and Canals of Lambert as collateral pathways of alveolar reexpansion. While not always effective as solo therapy, such coached spontaneous breathing can facilitate improved aeration of distal alveoli, increase the number of competent alveoli, encourage fluid uptake through the lymphatics, and improve cough via ciliary excitation. The crackle, often considered ominous, is simultaneously a sign and symptom, but should always be viewed as a positive sign of the improvement in a patient’s bronchial toilet and a point to begin therapy for improved distribution of ventilation

Doug is a DMGCME speaker for the Hearts, Lungs, Chests & Breaths track. See him speak this June in Walt Disney World, FL.