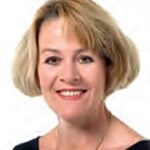 by Jane Kapustin, PhD ,CRNP, BC-ADM, FAANP, FAAN
The newly released JNC 8 Hypertension Guidelines created some issues with regards to patients with diabetes.  For years, we have always ordered ace inhibitors (ACEIs) or Angiotensin Receptor Blockers (ARBs) for all patients with diabetes (as long as they do not present with contraindications or side effects).  However, at first glance, the new JNC 8 guidelines seem to challenge that a bit!
Consider recommendation #7:   In the black population, including those with diabetes, initial antihypertensive treatment should include a thiazide-type diuretic or CCB [Moderate evidence for blacks without diabetes; weak evidence for blacks with diabetes]. The majority of the support for this recommendation originated from a single large trial that found CCBs were less effective than diuretics in preventing HF in the black population, though there were no differences between CCBs and diuretics in overall mortality or cerebrovascular, chronic heart disease (CHD), combined CV, and kidney outcomes.(1)
So, the bottom line is that patients of African descent without kidney disease should use calcium channel blockers and thiazide diuretics instead of ace inhibitors.  That is a far cry from our usual practice!  Almost automatically, we reach for ACEIs for all patients with diabetes.
However, when I began a review of the medication lists for many of my patients at a diabetes practice, I quickly realized that most were on MULTIPLE agents to control their blood pressure, and they were almost invariably on ACEIs as well as CCB.  It would appear that I am meeting the guideline even with the new recommendations.  So, hopefully you will also find the same is true for your patient population.
James PA, Oparil S, Carter BL, et al. 2014 Evidence-based guideline for the management of high blood pressure in adults: Report from the panel members appointed to the Eighth Joint National Committee (JNC 8). JAMA 2014; DOI:10.1001/jama.2013.284427. Available at: http://jama.jamanetwork.com/journal.aspx.
Jane is a DMGCME speaker for the Skin, Bones, Hearts & Private Parts Track. See her speak this June in Walt Disney World, FL.