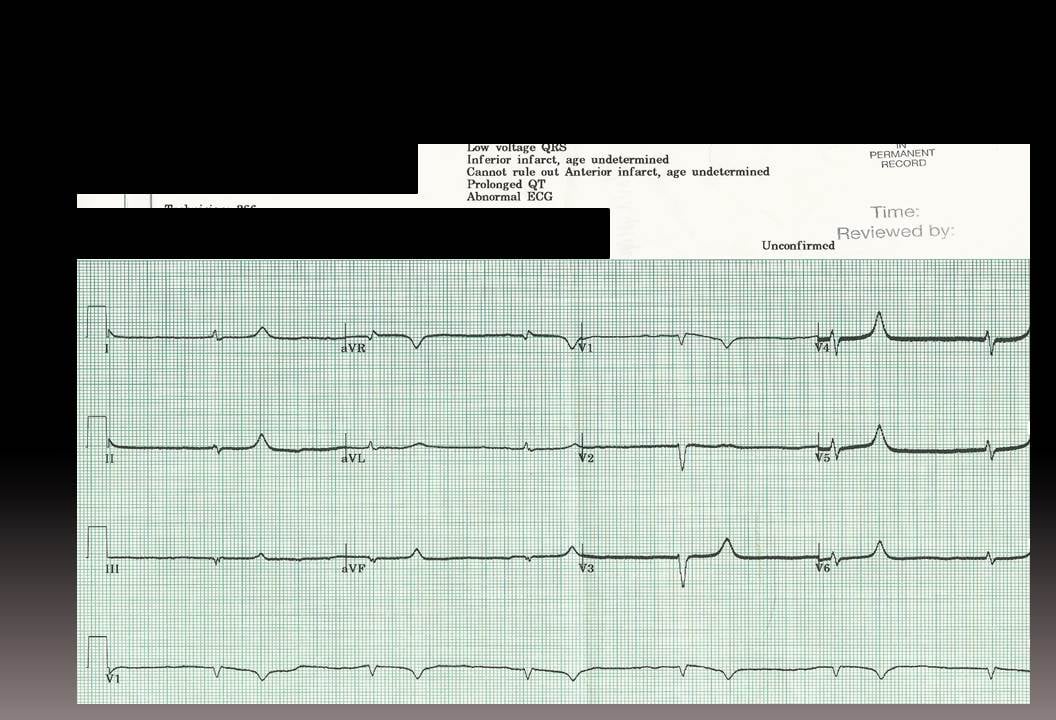 This is a 60 year old male dialysis patient that comes in “weak”. I LOVE weakness as a complaint because there is so much to think about. But for this patient, who has a history of dialysis the first thing you need to think about is hyperkalemia. The first question you need to ask is “When was your last dialysis?” Peaked T waves are seen here for sure on this EKG and this supports our hyper K theory. But he could be weak because he had too much fluid taken off during dialysis. He could be having a STEMI. He could and most likely has anemia of chronic disease. He could have CHF. But just focusing on the EKG for a minute, there is a lot going on here. He is bradycardic first of all. This could be causing his weakness. But what if the bradycardia is being caused by something? The next thing he has is prolonged QTc. Any QTc over 450 in men and 460 in women is long. He also has no P wave and a wide QRS with low voltage. These are all classic signs of hyperkalemia and this patients K was 8.2. So to sum it up, this is big sick. Bradycardic, prolonged QT and no P waves are additional clues that someone may be hyperkalemic.