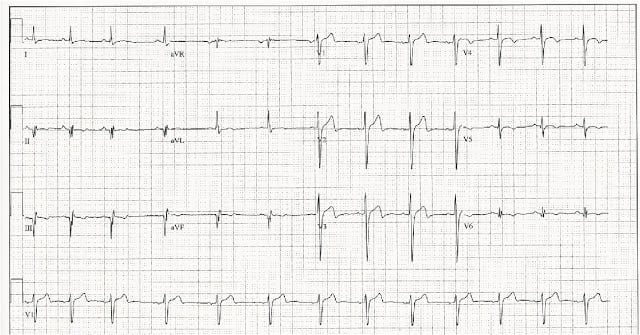 The novel compound sacubitril-valsartan (Entresto), an angiotensin receptor neprilysin (NEP) inhibitor was recently shown to improve outcomes in patients with systolic heart failure (HF). This included decrease in cardiovascular deaths, hospitalizations from HF with improvement in quality of life. In essence, this BID medication reduces the strain on the failing heart by enhancing the protective neurohormonal systems of the heart while simultaneously suppressing the harmful effects of the overactive renin-angiotensin-aldosterone system (RAAS).

Since sacubitril-valsartan’s approval, there is the thought that treatment with this new drug may make brain, or B-type, NP testing of little value because sacubitril may interfere with BNP clearance. Natriuretic peptides (NPs) – such as B-type natriuretic peptide precursor (BNP) and its N-terminal fragment (NT-proBNP) – are well-known and widely accepted as both useful and cost-effective biomarkers for heart failure (HF) diagnosis and therapy monitoring. Both BNP and NT-proBNP are considered to be gold standard biomarkers of HF. Based on the available data, however, the interpretation of NT-proBNP testing in HF appears to be unaffected by NEP inhibition. What has been shown is an initial modest rise in BNP when Entresto® is initially started. This rise is less than what is seen in cases of cardiac decompensation. During treatment with Entresto®,  BNP reaches a new steady state and then begins to drop long term if marked clinical improvement occurs. When using BNP for disease monitoring, it is advisable to measure BNP about one month after starting Entresto to obtain a new baseline value for subsequent HF monitoring. Although the BNP/NT-proBNP ratio for chronic HF monitoring with Entresto needs further investigation, there is some suggestion that an increase in BNP might define who might respond to this medication or to assess patient compliance.

Purchase ANY In-person, Live Streaming or On-demand CME Course between now and 12/31 and be entered to win one of 3 prizes!