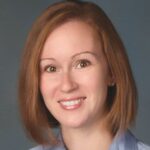 Lung Cancer is one of the deadliest cancers in the US and according to the CDC (Center for Disease Control) in 2010 over 200,000 people were diagnosed with lung cancer in the United States alone and accounted for over 150,000 deaths. To put it in perspective more than 3x the number of people in the US die from lung cancer each year in comparison to breast cancer, (www.cdc.org) however annual mammograms are covered under Medicare Part B (www.medicare.gov/coverage) but what about Medicare coverage for Lung Cancer screening???
The NLST (National Lung Screening Trial) was a clinical study from 2002 to 2004 that looked at over 50,000 people. The inclusion criteria for this study included people who were either current tobacco users or past tobacco users. Therefore all participants in the study were at high risk for developing lung cancer. Each person was screened annually for lung cancer either by low dose CT chest or stand Chest X-rays over a period of three years. The results were published in the New England Journal of Medicine in August 2011. In summary there was a significant reduction in mortality (approx. 20%) by screening using low-dose CT in comparison to standard chest x-rays in this patient population. (For more details regarding this study please refer to published article entitled “Reduced Lung Cancer Mortality with Low Dose Computed Tomographic Screening (NEJM 2011: 365: 39—409).)
The US Preventive Services Task Force later issued recommendations for Lung Cancer Screening January 2014: (listed below) (http://www.uspreventiveservicestaskforce.org)

The American Lung Association and several other organizations have also issued similar recommendations and reference the NLST (www.lung.org). However in April 2014, the Medicare Evidence and Coverage Advisory Committee (MEDAC) voted NO to Medicare coverage for Lung Cancer Screening despite significant evidence proving the benefit of screening with annual low dose chest CT scans as mentioned above. Since April 2014, a coalition has formed of more than 40 medical societies who have petitioned CMS (Centers for Medicare and Medicare Services) to provide Medicare coverage for Lung Cancer Screenings. The CMS is scheduled to issue a proposal by November 2014 and a final decision by February 2015.

I urge you to keep a look out for what CMS will decide this November and in 2015.
Disclaimer: These are my personal views regarding lung cancer screening.