Can I get a shot for that?

NOACS and Reversal Agents: A New Agent Eases Some Concerns 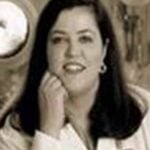 The proverbial “good news, bad news” has been an issue with the newest blood thinners, that are referred to as the novel oral anticoagulation (NOACs).  There has always been concern that the positive was ease of dosing, no need for blood levels but also there was no easy way to reverse the agent in a bleeding crisis.

This past May the U.S. Food and Drug Administration (FDA) has approved Portola Pharmaceuticals’ Andexanet alfa (Andexxa), the first factor Xa inhibitor antidote indicated for patients treated with rivaroxaban and apixaban, when reversal of anticoagulation is needed due to life-threatening or uncontrolled bleeding.

Andexxa received both U.S. orphan drug and FDA breakthrough therapy designations and was approved under the FDA’s accelerated approval pathway based on the change from baseline in anti-factor Xa activity in healthy volunteers, “Andexxa’s rapid reversal of the anticoagulating effects of rivaroxaban and apixaban will help clinicians treat life-threatening bleeds, where every minute counts.”

The use of factor Xa inhibitors is rapidly growing because of their efficacy and safety profile compared to enoxaparin and warfarin in preventing and treating thromboembolic conditions such as stroke, pulmonary embolism and venous thromboembolism (VTE). This growth has come with a related increase in the incidence of hospital admissions and deaths related to bleeding, the major complication of anticoagulation. In the U.S. alone in 2017, there were about 117,000 hospital admissions attributable to factor Xa inhibitor-related bleeding and nearly 2,000 bleeding-related deaths per month.

The approval of Andexanet alfa is supported by data from two Phase 3 ANNEXA studies (ANNEXA-R and ANNEXA-A) published in The New England Journal of Medicine, which evaluated the safety and efficacy of  reversing the anticoagulant activity of the factor Xa inhibitors rivaroxaban and apixaban in healthy volunteers. As described in the label, results demonstrated that Andexxa rapidly and significantly reversed anti-factor Xa activity. The median decrease in anti-Factor Xa activity from baseline was 97% for rivaroxaban and 92% for apixaban.

Interim data from the ongoing ANNEXA-4 single-arm, open-label study in patients with major bleeding also were assessed by the FDA as part of its review and approval. Data from 185 evaluable patients showed that Andexxa rapidly and significantly reversed anti-Factor Xa activity when administered as a bolus and sustained this reversal when followed by a 120-minute infusion. The median decrease from baseline was 90% for rivaroxaban and 93% for apixaban.

This new agent has given providers some good news to offer our patients as we move into newer evidence-based approaches to care of the patients in need of anticoagulation.  Yet another tool in our armamentarium to help us provide safe and effective care.