Test your dermatology detective skills! What is your diagnosis? 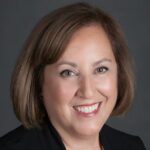 Abnormal uterine bleeding in reproductive age women is a common presenting problem in both primary care and women’s health care practices.  Historically, there have been many different terms used for different presentations of abnormal bleeding and they lacked clarity, consistency, and generally described a symptom rather than a diagnosis.  In an effort to help clinicians systematically make a diagnosis and support systematic decision-making in the management of women with this problem, a classification system was developed that helps the clinician diagnose the reason for bleeding rather than describing the symptom.  Gone are the old terms that were used including menorrhagia, metromenorrhagia, oligomenorrhea, dysfunctional uterine bleeding and heavy menstrual bleeding.

The PALM COEIN classification was developed to improve upon poorly defined terms and definitions and to develop a structured approach to a frequently multifactorial clinical problem. The International Federation of Gynecology and Obstetrics (FIGO) developed and published the system which leads to a diagnosis for causes of abnormal uterine bleeding based on structural and non-structural reasons.  (BJOG: An International Journal of Obstetrics & Gynaecology?Volume 124, Issue 2, pages 185-189, 23 DEC 2016 DOI: 10.1111/1471- 0528.14431?http://onlinelibrary.wiley.com/doi/10.1111/1471-0528.14431/full#bjo14431-fig-0001)

According to FIGO, there are four basic criteria to define menses:

Normal cycling is defined by its interval of 21 to 35 days.  Only 15% of women have 28-day cycles.  Duration of flow is 2 to 8 days with an average of 4 to 6 days.  Normal volume of blood loss is about 30 cc.  Abnormal uterine bleeding according to the American College of Obstetricians and Gynecologists (ACOG) is defined as bleeding that involves more than one pad an hour for more than 1 day, more than 7 days of bleeding consecutively, less than 20 days apart and more than 80cc a month.  Additionally, bleeding that is enough to cause anemia and very significantly, bleeding that is enough to cause a disruption in a woman’s lifestyle.

When abnormal uterine bleeding is defined, the evaluation begins with a thorough medical history and appropriate diagnostic evaluation.  This may include a pelvic exam, diagnostic imaging, and laboratory tests including screening for coagulopathies in women who meet the recommendations.  Diagnostic evaluation may include ultrasound evaluation and direct visualization of the uterine cavity by hysteroscopy along with tissue sampling.

The evaluation leads to a diagnosis, which by PALM COEIN is a structural or non- structural reason.  The categories are:

Benign calcifications of the uterus.  Present in about 50% of women with   AUB

Von Willebrands is a common inherited disorder of coagulation.

Changes in menstrual flow are common in the perimenopause.

Once a diagnosis for AUB is made, a treatment plan can be developed.  This may include medical management for both structural and non-structural diagnoses and surgical interventions when appropriate.  There are many alternatives to hysterectomy that allow women to improve their quality of life and solve their abnormal bleeding problems.  These include such procedures as myomectomy, uterine artery embolization, hysteroscopic tissue removal, polyp resection and endometrial ablation.  In some cases, hysterectomy may be recommended as the best intervention.

Abnormal uterine bleeding is a common reason for women to seek care.  AUB requires a careful history and physical assessment.  Classification of the disorder helps to select appropriate treatment.  Using PALM COEIN leads to a diagnosis that is structural or non-structural and leads to an appropriate treatment plan.  Remember to walk our patients systematically through the steps: AUB is not a diagnosis, but a symptom that requires a diagnosis!

How much weight should we place on weight?