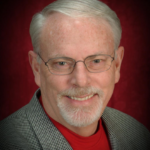 In 1982 when I was presented with the fact of my abysmal knowledge of dermatology, my supervising physician (SP) was good enough to take me aside and admit that he didn’t know much either, but what little he did know was due to what he’d learned from buying and reading a dermatology text called “Color Atlas of Dermatology”, by (among several authors) Fitzpatrick, which is how the book was commonly referred to (as the Fitzpatrick text). My SP’s earnest advice was for me to buy this book and “use it”. As will be made clear, what I needed to hear was “buy this book and read it”. In any case, I’m now astonished that I’d never thought of buying a book on the subject of dermatology, but that’s just how limited my thinking was at that time.
Unfortunately, I thought the way to use this book (which was heavy on photos of the various lesions and conditions) was to glance through it once or twice, have it ready, and when a patient came in and showed me something, I could race back to my office, flip madly through the book trying to find a match, then come back to the patient and announce the diagnosis. Obviously, this approach had serious limitations, which I assumed could only be solved by getting a larger derm book with even more pictures. $300 dollars later, I wound up with a DuVivier atlas, a book large enough to kill someone with, but chocked full of excellent photos. This, of course, was doomed to fail as well, but it took me a year or so to realize that.
Still struggling with my derm patients, a colleague suggested that the way to learn dermatology was to see a lot of it, which made some sense, so I went to my internal medicine colleagues and asked them to send for me if they saw any interesting derm cases. Much later, I learned that they thought I meant to send for me so I could help them with their cases! Clearly, they were motivated to have any interested provider take these patients off their hands!
But I did see a lot of cases that way, which is what lead me to actually start reading the books I had bought, looking especially at the diseases I had never heard of, but also beginning to read the chapters on derm terminology, and on how to distinguish benign from malignant. Over the next year or so, undeserved or not, I began to be the go-to person, not only for the other providers, but for the scheduling clerks who were under considerable pressure from patients who wanted to see anyone who could help them
The more I saw, the more I learned. The more I learned, the more I wanted to learn. A funny thing happened as I read about various diagnoses: I began to see them, on real patients! They ceased being abstract problems on textbook pages. I could see in real life how they looked, how they presented, and who was at risk. The next step was to learn how to biopsy lesions and condition, a rare skill in internal medicine at that time.