Valentine’s Day: Matters of The Heart

Cardiovascular Disease in Women: Men are from Mars, Women are from Venus 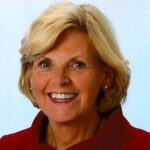 According to recently released American Heart Association. Heart and Stroke Statistical Update 2016, nearly 801,000 people in the U.S. died from heart disease, stroke and other cardiovascular diseases in 2013. This gender wide disease is an equal opportunity disorder, but it is important to note that greater than half of those afflicted were women. While it is noted that, for the first time this past decade, there are marked reductions in heart attack mortality in men and women this continues to be the number cause of death for both genders. (1) Cutting-edge data reveals that there are identifiable reasons why women’s cardiovascular disease is different. This notion is reinforced by the The American Heart Association in their recently released Scientific Statement of January 25, 2016 (2) which reinforces that women’s heart attack causes may be different from a man’s in that women frequently have different underlying causes of heart attacks such as the types of plaque buildup and that risk factors such as high blood pressure and diabetes which increase heart attack risk in women more severely than in men. Most heart attacks are caused by a blocked coronary artery, however, woman can frequently have no significant blockages, but may have microvascular disease which is not detected on traditional angiographic studies. An intense spasm in the artery can abruptly decrease blood flow to the heart causing a heart attack, and women also experience spontaneous coronary artery dissection, or a tear in the artery, more often than men.
Presenting symptomology is also important to consider. While men and women both experience chest pain as a primary heart attack symptom, women often have atypical, vague symptoms without the usual chest pain, such as:
• Palpitations
• Pain in the back
• Shoulder or jaw
• Anxiety
• Sweating
• Indigestion
• Some women may only experience shortness of breath, nausea, vomiting or flu like symptoms

Problems further exist with cardiovascular health care in woman and include:
• Lack of professional awareness and preventive services
• Lack of validated diagnostic tests
• Lack of recognition of gender differences. (5)

An ongoing health care gap is further acknowledged which is influenced by women themselves. Statistics show that women present to emergency rooms or chest pain centers 1- 2 hours later than men. Multiple roles that a woman may have, might also lead to this delay in care because of responsibilities to others, and women still perceive that heart disease as something that happens to one’s father, brother, or spouse.
Menopause further increases the risk for women and heart disease. By 2020, 50 million women in America will be menopausal. Life expectancy for women currently is 84.5 years, and life after menopause is approximately > 30 years. The goal for that period is to lead healthy, active lives, and enjoy the fruits of raising a family, or a productive career. The absolute risk of heart attack post menopause is related to declining ovarian production of estradiol and as a clustering of risk factors that commonly include obesity, hypertension and dyslipidemia. Today women at 50 have a 50% incidence of manifesting this clustering of risk factors.

The bottom line clearly is that despite increased understanding of women’s unique risk and improvements in cardiovascular care, women today remain under studied, under diagnosed and under treated, leading to worse outcomes for women. (2)
References